Director of Aerospace at Cranfield University 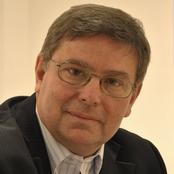 Iain Gray is Director of Aerospace at Cranfield University, leading the aerospace capabilities across the University and their strategic relationships with the world’s major aerospace industrial organisations.

Until 2015 he was Chief Executive of Innovate UK (formerly the Technology Strategy Board), a role he took up in 2007 following its establishment as an executive non-departmental public body. It was in this role that Iain joined the Policy Leaders Fellowship.

Prior to joining Innovate UK, Iain was Managing Director and General Manager of Airbus UK, whose Bristol operation he joined when it was still part of British Aerospace.