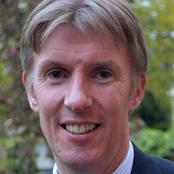 Iain Williams was previously the Deputy Chief Scientific Adviser at the UK’s Department for Environment, Food and Rural Affairs (Defra). From 2017-19, Iain led Defra’s governance of science and research including scientific capability requirements, leading partnerships with other research funders domestically and internationally, independent scientific advice, science and research quality, and the use of emerging and disruptive technologies and methods.

Prior to this post, Iain was the UK’s Home Office Science and Technology Counsellor in the US, based jointly in the British Embassy in Washington DC and the US Department of Homeland Security (DHS). Iain developed and led science and technology collaborations between the UK and US governments in all areas relating to counter terrorism, serious and organised crime, border security and policing. Iain has held numerous other scientific posts in government. Iain was Chief of Staff to the Home Office Chief Scientific Adviser and held a number of positions earlier in his career in Defra in research programme management and as Head of Science Quality.

Iain’s research background is in entomology, epidemiology and population dynamics, having held research posts at Imperial College, London and the University of East Anglia.