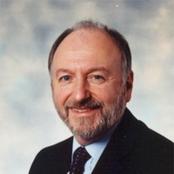 Ian Poll graduated from Imperial College, London, in 1972 with a First Class Honours degree in Aeronautical Engineering. In the same year, he joined Hawker-Siddeley Aviation Ltd., working in the Future Projects section at the Kingston-Upon-Thames division. This provided valuable experience of aircraft concept development and a broad appreciation of the issues related to the acquisition and implementation of advanced technology to deliver performance, on cost, against specific requirements. It also provided the opportunity to see and understand some of the problems related to the operation of a large contracting business. Since “future system” studies involve a broad range of disciplines, he was able to establish a wide range of personal contacts within the industry and these have been retained throughout his career.

Having spent three years in industry, he accepted an invitation to move to the College of Aeronautics to carry out MoD sponsored, research in the field of aerodynamics. The outcome of his work on laminar-turbulent transition in viscous shear layers was successful and timely and was very well received internationally. This encouraged him to remain in academia and in 1978 he was appointed to a lectureship in the College of Aeronautics, following the award of a Ph.D. Degree. The research intensive, purely post-graduate environment of the College provided a unique opportunity to develop a range of activities. Strong US interest in his work on transition and aerodynamic heating resulted in a period of sabbatical leave at the NASA Langley Research Centre in 1983. He was promoted to a Senior Lectureship in 1985.

In 1987, he moved to the University of Manchester to become Professor of Aeronautical Engineering and Director of the Goldstein Aeronautical Engineering Research Laboratory. This traditional, academic environment provided both challenges and opportunities with its very high quality undergraduate teaching programme, coupled with research in one of the best fluid mechanics laboratories in the country. At an early stage in his career, he was made a member of the senior management committees of the University and this exposed him to the detailed issues that affect the running of a major, metropolitan university. From 1991 to 1994, he was Head of the Department of Engineering, one of the largest engineering departments in the country. Whilst at Manchester, he continued to broaden and develop his research activities, giving special emphasis to the field of high speed, atmospheric flight. This led to collaborative work with Rolls Royce, British Aerospace, Dassault Aviation, NASA, MOD, DTI, EU and EPSRC. Seeing the business potential for fluid mechanics research, he founded Flow Science Limited, a commercial company owned by the University, in 1990 and served as its Managing Director until 1995.

In September 1995, he was invited to return to Cranfield as Head of the College of Aeronautics and Professor of Aerospace Engineering. The College of Aeronautics is an aerospace focused graduate school with a number of unique features, most notably its own fleet of aircraft and test pilots for teaching and research and the ability to design, build and fly man-rated aircraft entirely within its own resources In order to maximise the effectiveness of the College, he instigated a major reorganisation in 1996. This involved the creation of three distinct units, the Cranfield College of Aeronautics, for the academic activity, the National Flying Laboratory Centre, for the flying operations and Cranfield Aerospace Limited, a commercial company, wholly owned by the University. Cranfield Aerospace holds the MoD and CAA approvals and has ISO 9000 accreditation. It is a vehicle for the transfer of University technology, know-how, services and products to the world market. He served first as Managing Director and then Chairman and Managing Director. Rapid growth of the company has required a full time MD and he became the company’s Technical Director in 1999. In 2001, in recognition of both the overall importance of aerospace activity to Cranfield University and the need for a broader, inter-disciplinary and multi-disciplinary approach to both research and teaching, the College of Aeronautics became a pan-University entity with Ian Poll as its first Director. In 2004, in order to concentrate on the rapidly developing area of uninhabited air vehicles, his principal activity became business development and technical leadership for Cranfield Aerospace whilst maintaining a research activity with Cranfield University.

His research activities have led to the production of almost two hundred journal papers, conference papers and reports and he has presented over one hundred seminars and invited lectures. This has involved extensive travelling in Europe, North America and the Far East. In addition, he has acted as a consultant to over 30 companies and organisations, including MoD (PE), NASA, the European Space Agency, RARDE, BT, Marconi Space and Defence Systems, British Aerospace, Rolls Royce, Thorn-EMI and National Nuclear Corporation. He was a guest research worker at the Institut fur Experimentelle Stromungsmechanic, DLR, Gottingen, Germany in 1983. This was followed by two periods of sabbatical leave at the NASA Langley Research Centre in Virginia (1983 and 1990), two periods at the NASA Ames Research Centre in California (1995 and 1998) and a period at Stanford University in 1998. In addition, he has had two US Airforce “Window on Science” visits to the USA and he has been on British Council sponsored missions to Canada and Saudi Arabia. From 1990 to 1997, he was a member of the UK delegation to NATO’s AGARD Fluid Dynamics Panel and Chairman of its Computational Fluid Dynamics Group from 1995. In 2007, in collaboration with colleagues from Cambridge and Manchester Metropolitan University, he made a successful bid for a grant of £5.2m from the Higher Education Innovation Fund to support a Knowledge Transfer Network on the impact of aviation and the environment. This programme is known as Omega and it brings together leading scientists, engineers and economists from nine universities across the UK to produce a unique capability to be directed onto various aspects of this very important and challenging issue.

In 1996, he was elected to serve on the Council of the Royal Aeronautical Society for a three-year term, elected for a second term in 1999 and a third term in 2004. He became a Vice-President in May 1998 and was the Society’s President in 2001 and he gave the Society’s prestigious Wilbur and Orville Wright Lecture in December 2002. In addition, he is Chairman of the Society’s Cranfield University Branch, which he founded in 1997. He is a member of the Council of the Air League, a body that concerns itself with the promotion of aerospace activities and issues relating aerospace in all its forms in the UK. Amongst other activities, the Air League provides valuable exposure to the political arena through its Parliamentary General Aerospace Committee. Together with the Royal Aeronautical Society and the Air League have provided access to an extensive network of high-level contacts in academia, industry, the armed forces, the civil service and government. In addition, he is a member of the UK Aerospace Technology Steering Group having previously served on the DTI’s Aerospace Committee, the Advisory Council for Aeronautics in Europe (Working Team 5), the Aerospace Innovation and Growth Team (Group 1). He is also a current member of the Greener By Design Steering Committee. In 2004, he was elected to serve on the Council of the Royal Academy of Engineering.

On the international academic stage, he is currently the President of the International Council of the Aeronautical Sciences, having previously served on the Executive and Programme Committees. He was the Vice President of the Confederation of European Aerospace Societies (CEAS) responsible for technical programmes in 2003. He is currently the coordinator of the European Aerospace Science Network that links university based aerospace research and teaching and he is also a member of the AIAA International Activities Committee