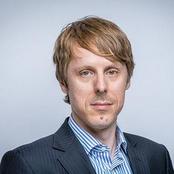 James was appointed Chief Executive Officer of the National Infrastructure Commission in February 2020.

Previously, James was Director of Telecoms Policy at the Department of Digital, Culture, Media and Sport. Before joining DCMS he was Director of Policy at the British Broadcasting Corporation (BBC), where he oversaw public policy development, government relations and regulatory affairs at UK and EU levels. Previously, James was Head of Policy & Regulation at the BBC and, before that, Head of Strategy for the BBC's Journalism Division, advising on portfolio strategy for its news, sport and local services.

James has also worked as a policy/public affairs advisor at ITV/Granada plc, the British Chambers of Commerce and the Labour Party.