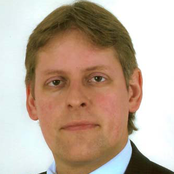 Dr Jan Marco Müller is Science & Technology Advisor in the Strategic Policy Planning Division of the European External Action Service (EEAS). Previously, he was Head of Directorate Office/Coordinator for Science to Policy and Science Diplomacy, International Institute for Applied Systems Analysis (IIASA). He was also the Policy Officer for International Relations in the Joint Research Centre, and before that was Assistant to the EU Chief Scientific Adviser, Professor Dame Anne Glover. In that role he managed Professor Glover’s office, assisted her in her daily tasks and coordinated her relations with internal and external stakeholders. Professor Glover, who previously served as Chief Scientific Adviser to the Scottish Government, reported directly to the Commission President and had the mandate to provide independent expert advice on any aspect of science, technology and innovation.

Before his assignment to the CSA's Office, Dr Müller worked for three years as Assistant to the Director-General of the Joint Research Centre (JRC), the European Commission’s in-house science service. Previous roles include Head of Business Development & Public Relations of the UK Natural Environment Research Council's Centre for Ecology & Hydrology; Programme and Communications Manager of the European Commission's Institute for Environment and Sustainability in Ispra (Italy); Assistant to the Scientific Director of the Helmholtz Centre for Environmental Research (UFZ) in Leipzig (Germany); and Secretary of the Partnership for European Environmental Research (PEER). He also served for four years on the Scientific Advisory Board of the French national environmental research centre CEMAGREF (now IRSTEA).

Holding a PhD in Geography, Dr Müller has often worked with Latin American countries, in particular Colombia. He speaks six languages and has a keen interest in developing the science-policy interface.