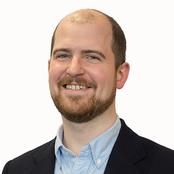 Dr Jeffrey Barrett is the Director of Centre for Therapeutic Target Validation and the Medical Genomics Group Leader at the Wellcome Trust Sanger Institute. He is a statistical geneticist who has led several of the largest genome-wide association studies of complex disease.

After his undergraduate degree from MIT (in physics) Dr Barrett joined the Whitehead Institute, where he developed software tools, including the widely used Haploview program, and analysed large scale human genetic variation datasets, including the HapMap project. He then moved to the University of Oxford to undertake a DPhil in Statistics.

While at Oxford he was a key member of the analysis team for the Wellcome Trust Case Control Consortium (WTCCC). In addition to his work with the project as a whole, Dr Barrett led the analysis of the replication effort in Crohn's disease (the most common type of inflammatory bowel disease [IBD]). He subsequently moved to a post-doctoral position at the University of Cambridge, where he worked on meta-analyses and follow-up of GWAS in both Crohn's disease and type 1 diabetes, each of which resulted in the identification of twenty novel associations.

He moved to the Wellcome Trust Sanger Institute in November 2008 to start a team in medical genomics, where he is continuing to work on both the general methodology for complex trait gene hunting and leading major efforts in IBD and infectious diseases like tuberculosis. He is chair of the International IBD Genetics Consortium, and on the management committees of the UK10K and Deciphering Developmental Disorders projects.