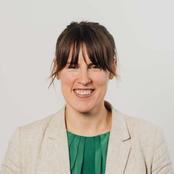 Jo is the Chief Executive of the Early Intervention Foundation, a role she began in August 2017. She previously worked at the Institute of Government as Director of Development, where she lead the Institute’s work on funding, partnerships and on public services. Jo has spent the last 20 years conducting research on public services, innovation, welfare-to-work, employment and skills, disadvantaged groups in the labour market, work-life balance and regeneration. Prior to joining the Institute, Jo was a Director at Nesta for three and a half years, leading the organisation’s research on public services and innovation for social outcomes.

Before joining Nesta, Jo was Director of Research at the Centre for Economic and Social Inclusion for five years, where she led the organisation's research work, conducting high-profile research and evaluations for central government, local government and charities. She has also been a Senior Researcher at the Institute for Employment Studies and a Researcher at the Centre for Economic and Social Inclusion. Jo has an MA from the University of Cambridge, an MSc from the University of London and a PhD from the University of Cambridge. Her PhD compared the Clinton welfare reforms in the US and the Labour Government's welfare reforms in the UK, and their effects on work and poverty.