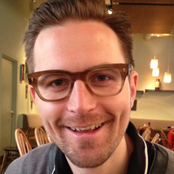 John Gibson currently works on Strategic Projects in the UK Prime Minister’s Policy Unit at 10 Downing Street. From 2014 to 2015 he worked in the Innovation Lab at Nesta, leading work on government innovation. Before joining Nesta, he was Director at Fingleton Associates, a strategy consultancy specialising in competition, regulation and market entry; he led their work advising Government and public bodies. During this period he was also an Associate at the Open Data Institute.

Prior to that, John spent three years working as a senior policy advisor in 10 Downing Street, covering a range of economic policy areas. His principal focus was on designing reforms to encourage new business formation, investment in innovation, disruptive market entry and better use of public and personal data. John also previously worked in a number of roles at the Office of Fair Trading. He has degrees from the University of Oxford and the London School of Economics.