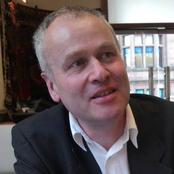 John Ireland is Chief Executive of the Scottish Fiscal Commission. The Commission produces independent forecasts of the tax revenues and Social Security expenditure under Scotland’s control together with its GDP, to help inform the Scottish Government’s budget and its scrutiny by Parliament. He was formerly a Deputy Director in the Energy and Climate Change Directorate, Scottish Government. From 2011, he headed up the Low Carbon Division responsible for meeting Scotland’s climate change targets. His other responsibilities included offshore oil and gas, unconventional oil and gas, refining and the low carbon economy.

From 2008-11 John was Senior Economic Adviser in the Education Analytical Services Division, responsible for analytical work on schools, children & young people and lifelong learning; prior to this (2002-08) he had a similar role in the Enterprise and Lifelong Learning Analytical Services Division, providing leadership as the Division changed from a traditional economics and statistics unit into an integrated analytical team that draws on a wide variety of social and economic research produced both internally and by external researchers.

From 1999-02 John was Director of the Fraser of Allander Institute at the University of Strathclyde, producing applied economic research for the public sector and economic commentary. Prior to this (1993-99) he lectured in the Economics Department at Strathclyde, focussing on macro economic modelling for policy design; he was co-award holder of ESRC grant to build a UK macro model that was subsequently used by the Bank of England and HM Treasury. He began his career as a fast-stream Economic Assistant in HM Treasury.

John holds an MPhil in Economics from the University of Oxford and a BSc in Economics from LSE. He has been a member of the ESRC Methods and Infrastructure Committee, Strategic Research Board and Impact Sub-Group.