Deputy Governor for Financial Stability at Bank of England 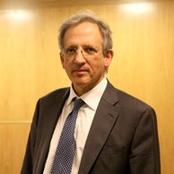 Sir Jon Cunliffe took up the role of Deputy Governor of the Bank of England with responsibility for Financial Stability on 1st November 2013. As the Bank’s Deputy Governor for Financial Stability, Sir Jon plays a crucial role in ensuring the safety and stability of the UK’s financial sector and sits on the Bank’s Court of Directors, the Financial Policy Committee, the Monetary Policy Committee, the Board of the Prudential Regulation Authority, and represents the Bank on a number of national and international bodies.

Before taking up his current post Sir Jon was the UK's Permanent Representative to the EU. In this role he had overall responsibility for the work of the mission and represented the UK on the Committee of Permanent Representatives (Coreper II) in the Council of the European Union. Ambassadors from the 28 EU member states meet in this committee to discuss issues relating to the European Council; general affairs and external relations; economic, finance and monetary affairs; justice and home affairs; and development.

Sir Jon began his civil service career in 1980 in the Department of the Environment and Transport. He then held several senior positions at HM Treasury, including Second Permanent Secretary between 2002 and 2007.

From July 2007 to December 2011, he was the Prime Minister’s Advisor on Europe and Global Issues, the UK Sherpa for the G8 and G20, and the Cabinet Office Permanent Secretary responsible for EU coordination. During this time, Sir Jon was responsible for UK macroeconomic policy, international and EU policy and financial services.