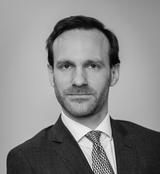 Jonathan is an Executive Director at UK Government Investments, where he is responsible for advising ministers and senior officials on large corporate finance transactions and commercial negotiations with the private sector. He has recently been involved in advising BEIS on its new nuclear program and prior to that led the inaugural sale of income contingent student loans on behalf of DfE.

Before joining UKGI (then the Shareholder Executive) in 2015, Jonathan was a portfolio manager at BlackRock, where he was responsible for making alternative credit investments primarily in infrastructure and energy assets. He was a founding member of the BlackRock Infrastructure Debt Group, helping to establish the platform and to raise more than $4bn of investment capital from institutional investors. Jonathan began his career at ING Barings in the Energy, Transport, and Infrastructure Group, originating and executing structured finance transactions across a wide range of sectors including transport, telco, social infra, and energy.

Jonathan has an undergraduate degree in Modern History and Politics and an MPhil in Oriental Studies, both from Oxford University, and a Masters in Finance from London Business School. He attended his MPhil on a rugby league scholarship.