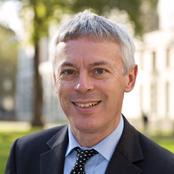 Jonathan Slater is currently a Visiting Professor at King’s College London and Queen Mary’s University London. He sits on the boards of the Charter Schools Educational Trust, Morley College, Sheffield Hallam University, and the Institute of Government.

Before joining the Cabinet Office, Jonathan was Director General of Head Office and Commissioning Services for the Ministry of Defence, where he was implementing the radical reform of the Ministry proposed by Lord Levene. He was responsible both for ensuring that the Head Office was run efficiently and effectively, and for commissioning and contract-managing Defence’s key enabling organisations, from estates to shared services, and from equipment procurement to policing.

Jonathan arrived from the Board of the Ministry of Justice, where he led the department-wide Transforming Justice programme and the Ministry’s strategy, HR, estates and communications functions. Previously, Jonathan was Chief Executive of the Office for Criminal Justice Reform, and Director of Performance & Improvement of the National Offender Management Service.

Jonathan has also been a Director in the Prime Minister's Delivery Unit, leading its work on NHS reform, and setting up the Whitehall capability review programme. Before joining the Civil Service in 2001, Jonathan was a local authority Deputy Chief Executive.