Reader at University of Bath 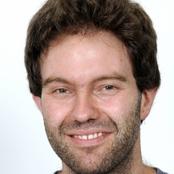 Josh Nunn's research is focused on developing quantum memories, which are devices capable of storing pulses of light, down to single quantum particles of light ("photons"), to be released at a later time. These are a crucial ingredient for quantum computing with light, which will enable quantum computers that operate at room temperature, in ambient conditions, at high speed. Quantum computers offer greatly enhanced power for certain intractable tasks that conventional computers cannot solve efficiently, including many complex design problems ranging from the logistics of delivery networks to the development of new drug molecules.

Understanding the way light and matter interact and engineering the reversible transfer of energy from optical to material systems provides a route to other technologies, such as wavelength conversion between the optical and microwave domain, which could lead to microwave imaging and terahertz detection for stand- off detection, with applications from astronomy to airport security.