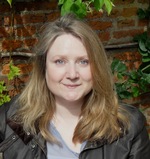 Julia is the Deputy Director of the Millennium Mathematics Project (MMP), a maths outreach and education initiative for ages 3 to 19 and the general public, established in 1999 as a pioneering collaboration between the University of Cambridge's Faculties of Mathematics and Education. The project focuses on supporting the development of mathematical thinking and problem-solving skills, and promoting creative and imaginative approaches to maths. Through a range of programmes, MMP creates free online mathematics resources reaching over 7 million users worldwide, runs face-to-face events and workshops for thousands of school students each year, and provides training and support for teachers, working with schools throughout the UK and overseas.

Julia holds an MA in English Language and Literature from the University of Oxford, and an MSt from Cambridge, and joined the MMP in 1999. Prior to this she taught in secondary schools for 5 years; then worked in the commercial sector co-ordinating development and infrastructure project finance training events for clients including the World Bank. She undertook a part-time secondment as Interim Head of Widening Participation at the Cambridge Admissions Office in 2008, and led a study commissioned by the Advisory Committee for Mathematics Education evaluating national maths enrichment provision and take-up: its recommendations were adopted by the DfE. She has been a governor of two UK schools.