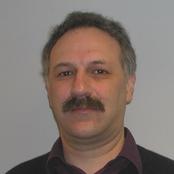 After training as general physician, Julian then trained in public health and spent early part of his career in acute and specialised services.

He developed an interest in health technology assessment and evidence based care. In latter years he has become increasingly interested in the role and use if information in improving health and healthcare quality. He has been involved in public health observatory development for the last ten years. He is also a Member of the Cambridge Institute of Public Health.