PhD candidate at Faculty of Modern and Medieval Languages, University of Cambridge 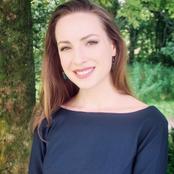 She is a second year PhD student in Slavonic Studies at the University of Cambridge, where she works on an eighteenth-century Polish noblewoman, called Wirydianna Fiszerowa, and her memoirs. She is especially interested in the roles that women played in public and private life, and one of the aims of her project is to develop our understanding of Polish women's engagement with politics in the past.

Kasia completed her MSt in modern British and European history at the Univeristy of Oxford in 2015, and holds a BA (hons) in history from the the University of Warwick, where she spent three months living and studying Venice.