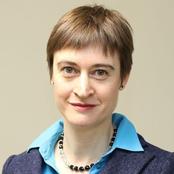 Kate White has been Director Trade at the Foreign, Commonwealth & Development Office (FCDO) since February 2021. She was previously Director of Asia Pacific from 2017-21. She has previously served in a number of Head of Department roles at the FCO covering global economic issues, climate change, international science and innovation cooperation, and human resources. She was Joint Head of the new cross-Government International Energy Unit established by the FCO and Department for Energy and Climate Change in 2014 and Head of the China Department from January to March 2017.

Kate studied Mandarin Chinese in London and at Beijing Normal University as part of the FCO’s full-time language training programme between 1996-98. She led the FCO’s work to re-establish a Language Centre in 2013, to support British diplomats to strengthen language skills. She has a degree in History from Cambridge University.