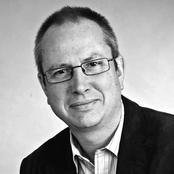 Keith Mayes is Professor of Information Security, Information Security Group and Director of the ISG Smart Card Centre, Royal Holloway, University of London. He received his BSc in Electronic Engineering in 1983 from the University of Bath, and his PhD in Digital Image Processing in 1987. During his first degree he was employed by Pye TVT (Philips) which designed and produced TV broadcast and studio equipment. His PhD was sponsored by Honeywell Aerospace and Defence and on completion he accepted their offer of a job.

In 1988 he started work for Racal Research where he worked on a wide range of research and advanced development products and was accepted as a Chartered Engineer. In 1995 he joined Racal Messenger and a year later he moved to Vodafone as a Senior Manager working within the Communication Security and Advanced Development group. Early work concerned advanced radio relaying systems and involved participation in international standardisation. Later he led the Maths & Modelling team and eventually took charge of the Fraud & Security group. During this time he was training in intellectual property and licensing, culminating in membership of the Licensing Executives Society and the added responsibility for patent issues in Vodafone UK.

Following some work on m-commerce and an increasing interest in Smart Cards he joined the Vodafone International organisation as the Vodafone Global SIM Card Manager, responsible for SIM card harmonisation and strategy for the Vodafone Group. In 2002, Keith left Vodafone to set up Crisp Telecom and in November 2002 he was also appointed as the Director of the Smart Card Centre at Royal Holloway in the world renowned Information Security Group. Professor Mayes is a Founder Associate Member of the Institute of Information Security Professionals and a member of the Advisory Board for the Sensing and Security Group SIG within the London Technology Network. Recent high profile activity included leading the expert team that carried out counter-expertise work on the Ov-Chipkaart for the Dutch transport ministry, following published attacks on the Mifare Classic chip card.