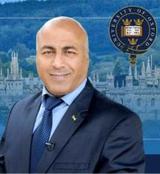 Since 2008 he is teaching Evidence-Based Medicine (EBM), and Neuroscience and Neuro-rehabilitation at the Faculty of Medicine, Islamic University of Gaza where he is also chairs the EBM Unit.