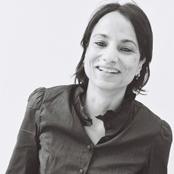 Kriti Kapila is a Lecturer in Social Anthropology and Law, based in the King's India Institute at King's College London, where her research examines the work of law in contemporary India. She is particularly interested in old and new forms of property regimes, including intellectual and cultural property, ongoing research on the historical DNA of population groups in India, and the interface of national and transnational legal regimes. In 2017 her paper "India Festival", examining the V&A's 2015 exhibition on Indian culture, was published the King's College London report "Parallel Perspectives: Transnational Curation in London 2015-16”.

Along with her work at KCL, Kriti is an Academic Associate with the SHM Group, where she has worked on projects in the health, higher education, and social sectors. She holds a PhD in Social Anthropology from London School of Economics and Politics, and undertook her undergraduate work at Jawaharlal Nehru University in New Delhi. After completing her PhD Kriti held the British Academy Postdoctoral Fellowship at Cambridge's Department of Social Anthropology, before becoming a Senior Research Associate at University College London.