Deputy Director at Centre for Gender Studies, University of Cambridge 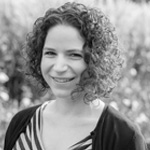 Dr Lauren Wilcox is the Deputy Director of the Centre for Gender Studies at the University of Cambridge. She is also a Fellow of Selwyn College. Her research is located at the intersections of international relations, political theory and feminist theory in investigating the consequences for thinking about bodies and embodiment in the study of international practice of violence and security.

Her forthcoming book with Oxford University Press is Bodies of Violence: Theorizing Embodied Subjects in International Relations," which addresses such topics as torture, hunger striking and force-feeding at Guantánamo Bay, suicide bombing, airport security screenings and 'drone' warfare. In it she argues that explicitly theorizing the subject as embodied allows us to account for the logic behind, and effects of, political violence that cannot be understood if we assume bodies to be inert, apolitical objects. In making this argument, she reads contemporary modes of political violence through feminist theories of embodiment to show how IR's assumptions about subjects and bodies are inadequate. This work was honoured at the 2012 North East Circle at the ISA-NE Annual Meeting.