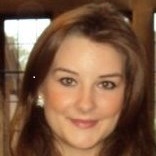 Louise Barton is a Principal Research Analyst in the Foreign and Commonwealth Office where her responsibilities include academic engagement on counter-terrorism and counter-extremism.

Previously, Louise worked in the Defence and Security Analysis Division at the Defence Science and Technology Laboratory (Dstl), as a Senior Analyst, where her role focused on providing research and analysis to support senior policy-makers within the Ministry of Defence (MoD), as well as across wider government.

Louise originally joined Dstl in 2010, where her role as an analyst largely focused on providing support to UK operations in Afghanistan. After working across a variety of research programmes, including the applicability of deterrence of non-state actors, Louise undertook a secondment to MoD Head Office, where she was responsible for the delivery of analysis and advice to support operational planning.