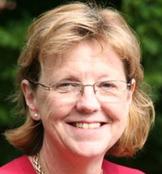 Prior to joining UCL in 2012, she was Director of the NERC Centre for Population Biology at Imperial College London from 2006, and before that she worked at the Institute of Zoology, Zoological Society of London, first as a research fellow (1991 – 2000), and latterly as Director of Science (2000 – 2006).

Her research concerned measuring the trends and consequences of biodiversity loss and change with a particular focus on the science and policy interface for biodiversity conservation and ecosystem management. Working with IUCN (especially Simon Stuart), she led the process to develop, test and document criteria for listing species on IUCN’s Red List of threatened species. Subsequently she worked on the biodiversity elements of the Millennium Ecosystem Assessment and contributed to the technical development of measures for the CBD 2010 biodiversity target. She worked on the UK National Ecosystem Assessment (2011) and the IPCC WG2 report (2014).

In 2014 she chaired a Royal Society science policy report on “Resilience to extreme weather”. She was a member of the UK Government’s Natural Capital Committee (2012-2015). She was awarded a CBE in 2007, elected FRS in 2002, and was the 2007 winner of the International Cosmos prize.

She was President of the British Ecological Society (2011-2013), President of the Society for Conservation Biology (2007-2009) and the last Chair of the international programme on biodiversity science DIVERSITAS (2012-2014) which merged into the Future Earth Programme in 2014.