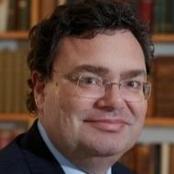 Director of the Lauterpacht Centre for International Law

Professor Weller holds Masters degrees from the Fletcher School of Law and Diplomacy and the University of Cambridge, and Doctorates in Law, in Economic and Social Sciences, and in International Law from the Universities of Frankfurt, Hamburg and Cambridge respectively.

Professor Weller has also been trained in complex negotiations at Harvard Law School and the John F. Kennedy School of Government and has extensive experience in international high-level, high-stakes negotiations. He is a fully qualified and accredited mediator and a member of the Chartered Institute of Arbitrators

During 2011/12 he served in the Department of Political Affairs of the United Nations Secretariat in New York. In the role of Senior Mediation Expert, mainly covering in the areas of international and constitutional law, he advised on the transitions in Cote d’Ivoire and Egypt. He supported mediation efforts during the armed conflict in Libya and served on the United Nations pre-planning team for the transition that ensued. He was also a member of the negotiation team that facilitated the transition in Yemen, and drafted the agreement that facilitated the departure from office of the long-serving President. He was involved in the drafting of a law on transitional justice and the design of a national dialogue process leading to constitutional reform in Yemen. Moreover he served on the United Nations high-level mission seeking to stabilize situation in the Maldives after a sudden change in government early in 2012 and he contributed to the mediation efforts of the Joint Special Envoy for Syria, Kofi Annan.

Professor Weller also served as an advisor in the Doha negotiations on a peaceful settlement of the Darfur crisis, leading to the adoption of the Doha Document on Peace in Darfur which is now being implemented. He also supported the final phase of the transition in Somalia, including planning for the completion of the constitutional process and other key tasks, and he advised on constitutional reform in Bosnia and Herzegovina.

Previously, Professor Weller served as legal consultant for the African Union in the pre-referendum negotiations between North and South Sudan on independence. Before that he was a legal advisor on the Kosovo peace process, starting with the 1992 London Conference on Yugoslavia, continuing with the 1999 Rambouillet Conference on Kosovo and provisionally concluding with the UN-led Vienna process of Final Status Negotiations between Kosovo and Serbia of 2006/7.

From 2000-2009 Professor Weller was the Director of the European Centre for Minority Issues. In that role he directed headquarters operations and a growing field staff active in numerous projects in South Eastern Europe and the Caucasus region. He developed the profile and portfolio of activities of the Centre, raising in excess of Euro 15 million for its activities from governments and other institutions. At the Centre, he guided and conducted conflict settlement activities and rule of law programmes involving Georgia, Moldova (Transdnistria), Bosnia and Herzegovina, Macedonia and Kosovo and served as mediator addressing the Moldova-Gagauzia autonomy dispute. He has also repeatedly served as expert and facilitator for the Council of Europe.

In 2000, Professor Weller founded the Cambridge-Carnegie project on the Settlement of Self-determination Disputes. He has led this initiative since then, raising close to USD 2 million for its implementation. In addition to its academic outputs, the project has resulted in an international network of experts supporting ethnic peace-making around the world. As a follow-on, in 2011, he launched a major international research activity in close cooperation with the United Nations Secretariat identifying legal tools for international peace-making. This activity, too, has attracted significant funding.

Professor Weller has served as Counsel in major international litigation, including in the International Court of Justice, and as expert in national legal proceedings. He remains an active member of the United Nations Mediation Roster and is a member of the UK’s Stabilization Unit cadre of Deployable Civilian Experts Unit (FCO, DFID and MoD).