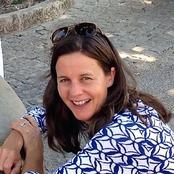 Marcia joined Octopus energy in March 2022. In her previous role at Ofgem shewas as RIIO2 Policy Director, where she was responsible for developing the new price control for electricity and gas distribution and transmission (RIIO2). She was the project director for a combined network and energy systems joint strategy (“Our strategy for regulating the future energy system”, and leads on networks strategy.

Prior to joining Ofgem, Marcia worked for the Department of Business Energy and Industrial Strategy, working on UK’s Carbon Tax, wholesale and retail energy markets and energy efficiency, and prior to that Office of Fair Trading. Before joining the public sector, Marcia worked in management consulting for McKinsey where she advised on energy strategy and organisational design.

Marcia has also experienced the delights of a tech start-up, working for BellSouth as they launched their first mobile phone network in New Zealand. Earlier in her career, Marcia worked with Electricity Utility companies in Australia and New Zealand, and for Fletcher Challenge Methanol.

Marcia has an honours degree in Mathematical Engineering from the University of Auckland (including Philosophy of Mathematics and Architecture papers) and an MBA from INSEAD, France (Deans List).