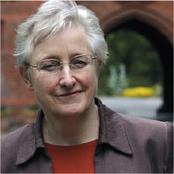 Her research interests have been divided between Melanesian and British ethnography: Papua New Guinea has been a principal area of fieldwork, from 1964 to most recently in 2006, although she is also intrigued by developments in knowledge practices in the UK and Europe. Initial work on gender relations led in two directions: feminist scholarship and the new reproductive technologies, and legal systems and intellectual and cultural property. Over the last twenty years she has published on reproductive technologies, intellectual and cultural property rights and interdisciplinarity.

She came to Cambridge as an undergraduate at Girton studying Archaeology and Anthropology, and stayed on there as a research student and then PhD candidate.

Professor Strathern was made a Fellow of the British Academy in 1987 and a Dame Commander of the British Empire in 2001. She was awarded the Rivers Memorial Medal, Royal Anthropologist Inst. (1976), the Viking Fund Medal, Wenner-Gren Foundation for Anthropological Research (2003), the Huxley Medal (2004), and the 30th Anniversary Independence Medal, Papua New Guinea (2005). She has been awarded several Honorary degrees from universities in the UK and abroad.