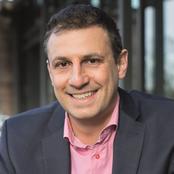 The value of the fellowship is what it prompts subconsciously. Talking to a Professor of Architecture about biomedical research problems is a different experience; it prompts you to think about large and difficult problems in a new light, which is incredibly valuable.

After my initial visit to Cambridge, I came to lead the National Institute for Health Research’s study of the relationship between science funding and economic growth, published as ‘Growth through health research: The NIHR as an engine for growth’ in March 2015. It was launched by George Freeman , the Minister for Life Sciences, and Dame Sally Davies, Chief Medical Officer for England.

Coming to Cambridge during the early stages of this study contributed not only to the scope of the project, but helped me to order and present the research. I was able to meet with world-leading economists at Judge Business School and really engage on this topic. I would never have had the opportunity to do that without the Policy Fellowship.

I also came back to Cambridge as part of a Treasury visit in September 2015 to the Biomedical Research Campus, which was organised by CSaP. I really welcomed that day; it was great to put a human face to my projects and collaborations. I have spent all this time thinking about how the NIHR’s investment contributes to economic growth, and it is the Treasury—the team that came to visit—who make a call on future developments. It was immensely useful to hear how they were thinking even before the Spending Review in October 2015.

The Policy Fellowship has expanded and deepened my network in Cambridge, extending beyond the medical research I would naturally engage with. I have gained an enormous amount out of it, and connections are ongoing. The value of this network is that there are spin-off benefits for myself and others. This includes suggestions of who to go to for specific modelling projects or an ability to link Cambridge academics to other stakeholders and policy-makers in my existing networks.