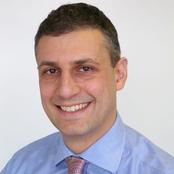 Mark heads up the British Generic Manufacturers Association. This trade body represents the manufacturers of eight out of every ten medicines used by the NHS.

Previously, Mark was responsible for establishing and overseeing the team responsible for syndicate engagement, licensing, commercial and collaborative R&D income, marketing and communications at the British Generic Manufacturers Association. He was also previously founding MD of the National Institute for Health Research Office for Clinical Research Infrastructure (NOCRI) and a founder member of the NIHR Strategy Board. The NIHR is responsible for clinical research in the NHS across England.

Mark established the NOCRI office in Whitehall, driving strategy and delivery, working in close collaboration with the Department of Health. He worked with 10 Downing Street to contribute to the Prime Minister’s Strategy for UK Life Sciences and the Government’s Plan for Growth. He also worked with 10 Downing Street to organise and participate in the NIHR showcase at the Prime Minister’s Global Investment Conference on the eve of the 2012 Olympics.

Mark led the establishment of the Government’s “Translational Research Partnerships”, launched by Health Minister Earl Howe. These Partnerships bring together the UK’s leading academics and the life sciences industry, in order to drive early development of new therapies for patients. They deliver a uniquely collaborative approach to drug development, supported by streamlined and efficient business processes, involving 36 universities and NHS Trusts. Their results have made front page headlines and BBC news.

As co-leader of the NIHR Strategy Board’s work on how to improve research processes, Mark instigated and leads ongoing work to evaluate how the NIHR can shorten the number of years it takes to develop new therapies and technologies.

Mark formerly worked in industry, latterly at Roche Diagnostics. Representing the UK diagnostics industry, he co-chaired with Sir Andrew Dillon the “Evaluation Pathway” programme, which established a way for NICE to evaluate medical devices and diagnostics.

Mark was educated at Queen Mary University of London and Oxford’s Saïd Business School. He has completed Harvard’s leading economic growth programme and written for the Times Higher Education about how science contributes to national competitiveness. Mark has represented the NIHR on Sky News, BBC television and in the national newspapers. Outside work, he is a keen motorcyclist.

To read about Mark's experience as a Policy Fellow in Cambridge see here.