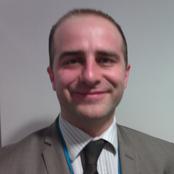 Mark is Head of Strategic Priorities & Reform at DFID. He was previously the Deputy Principal Private Secretary to the Secretary of State (the Rt Hon Stephen Crabb MP) at the Department for Work and Pensions. He had overall responsibility for the running of the Secretary of State's office, supporting the Ministerial team on the entire range of policy areas the Department covers, plus its 13 agencies and public bodies. He was also Head of Secretariat for the Michelle Mone review of how to boost enterprise in more deprived areas.

Prior to these roles, Mark was the District Operations Manager for Jobcentre Plus in South London, putting his previous policy experience into action managing a network of Jobcentre Offices, and a number of partnerships with Local Authorities, the voluntary sector and skills providers to boost employment and tackle social injustice.

Mark started his Civil Service career in 2008 as a policy adviser on fraud and error strategy in the DWP, analysing preventative and responsive measures to combat fraud and error in the benefit system on a value-for-money basis. Mark holds a BA (Hons) in Economics and Politics from the University of Leeds (2001).