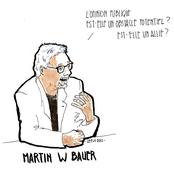 Martin holds a PhD in Social Psychology from London School of Economics and Political Science, and has worked in numerous countries including France, Switzerland and Brazil. He has advised government agencies in Britain, China and the European Commission on measuring public attitudes to science and technology, and his work has been published in a variety of journals including Public Understanding of Science, which he also edited from 2009 to 2016. His recent books include "Atom, Byes and Genes – Public Resistance and Techno-Scientific Responses" (2015, NY, Routledge) and "Resistance and the Practice of Rationality" (co-authored with R Harre & C Jensen, 2013, Cambridge Scholars).