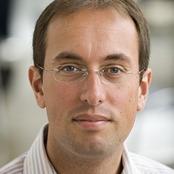 Dr Matthew Hurles is a Team Leader at the Wellcome Trust Sanger Institute. Since 2003, he has led a major initiative to characterise structural variation in the human genome, and integrate this knowledge into disease and population genetic studies.

This research combines large-scale data generation together with novel statistical analyses, and resulted in the first published genome-wide map of copy number variation in 2006, and along with Manolis Dermitzakis in 2007, demonstrated the impact of this form of variation on gene expression. His group has also developed novel experimental methods to probe the mutational mechanisms underlying genetic variation, which, in 2008, allowed identification of clinical syndromes that are being under-diagnosed.

More recently, Dr Hurles has lead the construction of a comprehensive map of common copy number variation, and its integration into studies of common disease susceptibility, published in Nature in 2010. Dr Hurles also co-led, with Dr Sadaf Farooqi, the identification of nested microdeletions, which cause severe early-onset obesity, published in Nature in 2010. Dr Hurles is leading efforts at the Wellcome Trust Sanger Institute to apply genome-wide resequencing methods to the study of rare diseases.

In 2009, he was awarded the Balfour Lecture by the Genetics Society. He currently has a leadership role in several large consortia, including the 1000 genomes project, the Deciphering Developmental Disorders initiative and the UK10K project.