Parliamentary spokesperson for Hampstead and Kilburn at The Liberal Democrat Party 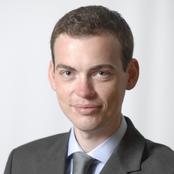 Matt Sanders was until 2015 a special adviser in the Office of the then Deputy Prime Minister, Nick Clegg. He covered the Department for Education (where he also advised David Laws MP, Minister of State for Schools), the Department for Culture, Media and Sport, and the Cabinet Office.

Matt studied Architecture at Cambridge between 2001 and 2004. After graduating he worked in architectural practices in London and China, before joining the Office of Sarah Teather MP, then Shadow Housing Minister, in 2006. After the 2010 General Election he spent a year working in policy and communications for the housing charity Shelter. Matt was elected a local councillor in the London Borough of Camden in 2007. He has chaired Camden’s Culture and Environment Committee, as well as serving on the Children, Schools and Families Committee.

To read about Matt's experience as a Policy Fellow in Cambridge see here.