Press office at Department for Levelling Up, Housing and Communities (DLUHC) 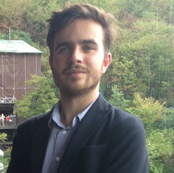 Matthew began his 3 month ESRC policy internship with CSaP in autumn 2015. He is a PhD candidate in Social Anthropology at the University of Cambridge, funded by a joint award from the ESRC and Cambridge. His work looks at the rise of anti-gay sentiment in the context of social and generational change in South Korea. There is an emerging culture clash between different understandings of morality, ethics and lifestyle that is rendering many young people's lives difficult and conflicted. He explores how this conflict plays into young people's ability to build relationships with those around them, including parents, colleagues and friends. His research is based on 14 months ethnography in central Seoul.

His research interests are in the fields of sexuality and social change in the East Asian region. However, in a broader sense he is interested in youth precarity, uncertainty and risk in the context of homophobia.

Matthew holds a BA (Hons) in Southeast Asian studies and an MA in Social Anthropology both from SOAS, University of London.

You can read about Matthew's experience as a Policy Intern here.