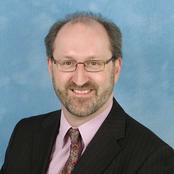 Matthew Quinn is Distinguished Visiting Fellow at Cardiff University where his research looks at areas such as sustainability transformation, and ecosystem and place-based patnerships. He is currently on secondment from the Welsh Government to the Sustainable Places Research Institute.

After studying classics at Oxford, Matthew started his civil service career in 1986 in the former Department of the Environment in London; in 1990 he led part of the team that produced the first UK Environment White Paper, This Common Inheritance. He was subsequently Head of Develop­ment Planning where he oversaw the refresh of English planning policy, and Director (Environment and Transport) for the South West of England where he founded Sustainability South West.

Matthew came to Wales in 1998 to establish the Assembly Government’s first Strategic Policy Unit, moved to Environment policy in 2006, and was appointed Director in 2007 on the creation of the new Department.