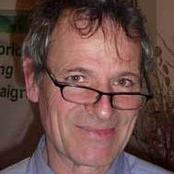 Michael Cahn has spent the last five years in Los Angeles where he was involved in numerous bicycle organisations, working with schools on bike education and encouragement programmes as well as bike advocacy. He is a League Cycling Instructor and has attended courses on bike planning. He is originally from Germany but has lived in Cambridge since 1990.

His aims for the next year of the Cambridge Cycle Campaign include: