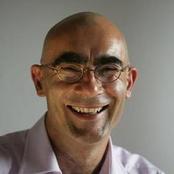 He is founder & CTO of Cambridge Carbon Capture, an early-stage developer of mineral carbonation technology for CCS and low-carbon minerals processing applications. Michael is also a director of Polysolar Ltd - a developer of transparent PV glazing and a consultant to Centre of Excellence in Low Carbon & Fuel Cell Technology (Cenex).

Michael was a co-founder and CTO of CMR Fuel Cells plc (Carbon Trust Innovator of 2005), and before that led Energy Consulting at business consultancy Sagentia, in Cambridge.

For eight years he was head of development of advanced ceramics for fuel cells and superconductors with Cookson Group, and has also worked for TWI and for the Halcrow Group. Michael was a British Gas Research Scholar in ceramic fuel cells at Royal School of Mines, Imperial College. He is a Chartered Chemist and Fellow of the Royal Geographical Society.