PhD candidate at Department of History and Philosophy of Science, University of Cambridge 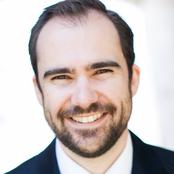 PhD Candidate, Department of History and Philosophy of Science, University of Cambridge

Michael Thornton is a Ph.D. candidate in the department of History and Philosophy of Science at the University of Cambridge. He completed his MPhil in the same department in 2016. His research is focused on the philosophy of digital information and digital networks. Specifically, he explores the normative justification for—and ethical limits on—government interventions in cyberspace. This work includes understanding the public goods nature of cybersecurity, the health effects of network fragility, and the role digital information plays in wellbeing. Other areas of interest include informational privacy and the philosophy of artificial intelligence.

Prior to studying at Cambridge, Michael was a Director of Product Management at Truaxis—a big data, fintech company acquired by MasterCard in 2012. At Truaxis and MasterCard, Michael managed the development of a number of products ranging from classification engines to reporting tools.