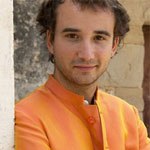 Professor Mischa Dohler is Professor in Wireless Communications at King's College London. He is also a tech company investor and entrepreneur, being the cofounder, former CTO and now member of the Board of Directors of Worldsensing. He is Distinguished Lecturer of IEEE ComSoc, Senior Member of the IEEE, and Editor-in-Chief of ETT.

From 2005 to 2008, he was a Senior Research Expert in the R&D division of France Telecom. Between 2003 and 2005, he was a Lecturer at KCL. At that time he was also a London Technology Network Business Fellow receiving Anglo-Saxon business training.