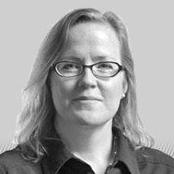 Monica Toft is Professor of International Politics at The Fletcher School, Tufts University, and Director of Tuft's Centre for Strategic Studies. She was previously a Professor of Government and Public Policy in the Blavatnik School of Government at the University of Oxford. She joined Oxford after ten years as Associate Professor of Public Policy at Harvard’s Kennedy School. She did her undergraduate degree, a BA in political science and Slavic languages and literature, at the University of California, Santa Barbara, before moving to the University of Chicago for an MA and then PhD in political science. Prior to starting her undergraduate education, she spent four years in the United States Army as a Russian linguist.

Professor Toft's areas of research include: International security, ethnic and religious violence, civil wars and demography. She has published sever al books and numerous scholarly articles and editorials. In 2008 the Carnegie Foundation of New York named her a Carnegie Scholar for her research on religion and violence.