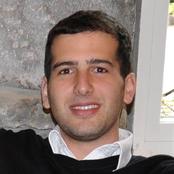 Now heading emerging markets VC at 468 Capital, a leading global early stage investment fund, Nathan was a Policy Fellow from 2012 to 2014. He co-founded the data technology startup SmartGov, backed by Microsoft Ventures and Cambridge. He was previously Economic Advisor to the French Foreign Ministry. In this role he has published several reports / articles in collaboration with think-tanks such as Chatham House (UK) and Institut Montaigne (Fr). Prior to this, Nathan was an Investment Banker at Deutsche Bank where he worked on large M&A and corporate finance transactions in London and Paris.

Nathan is a political economist by training. He graduated from Selwyn College, Cambridge. He is a Fellow of the Royal Society of Arts (RSA). He speaks English, French, Italian, Spanish and Portuguese.