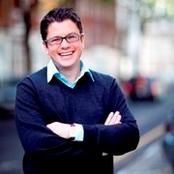 Neil Murphy specialises in the social and economic dimensions of sustainable development and in strategic planning, policy making and governance for sustainable cities and regions. He oversees Beyond Green's projects on urban strategy, regeneration and placemaking.

Since joining Beyond Green in 2007, Neil has led the company's work on climate change in Manchester and on the 2012 Olympic Legacy Masterplan Framework, and advised on strategic master-planning and regeneration programmes in London, Dublin, the Midlands, the West of Scotland and several New Zealand cities. He is currently leading the planning process for Beyond Green Developments’ urban extension in Broadland, north of Norwich.

Before joining Beyond Green, Neil was seconded as an economic adviser from HM Treasury to Newcastle City Council, where he worked in neighbourhood regeneration, city-regional policy and on the economic master-planning of central Newcastle/Gateshead. As a senior policy advisor at the Treasury he advised ministers on a range of issues including tax policy, welfare reform, housing, urban policy and local government as well as serving as a private secretary to the Chief Secretary to the Treasury.