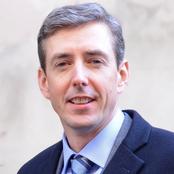 Head of Oceans and Natural Resources

Prior to joining the Commonwealth, Dr Hardman-Mountford was principal scientist at Australia’s national research agency, the Commonwealth Scientific and Industrial Research Organisation (CSIRO), where he led the Indian Ocean Ecology and Oceanography group. His research on ocean observations and modelling has taken him to the Atlantic, Indian, Pacific and Southern Oceans and has found application in addressing a diverse range of societal drivers such as sustainable blue economies, carbon storage, food security, energy and climate change.

Dr Hardman-Mountford joined CSIRO in 2012 after ten years at the Plymouth Marine Laboratory, UK where he led the Ocean and Carbon Cycle program of the National Centre for Earth Observation and was Director of the Centre for observation of Air-Sea Interactions and Fluxes (CASIX). Mr Hardman-Mountford has published over 100 research papers, book chapters, articles and technical reports.

He also holds an adjunct position at the University of Western Australia.