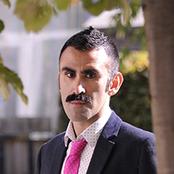 Nick Drydakis is a Reader in Economics in the Lord Ashcroft International Business School at Anglia Ruskin University. His world leading research focuses on the correlations between wellbeing, employment, wages, and the economy as a whole. This includes areas such as the effect of an economic crisis on the physical and mental health of a population, labour market discrimination against minority groups and the long-term impact on the economy, and the connection between gender identity and employment outcomes. He has published single author articles in widely renowned journals, including: Industrial Relations: A Journal of Economy and Society; Feminist Economics; Social Science and Medicine; and the Journal of Vocational Behavior.

Nick works on ethnic, racial, age, disability, religious and sexual orientation discrimination and impacts on labour market outcomes have been utilised by the World Bank, the OECD, the ILO and the EC to shape and inform future employment policies. His current research, examining the impact of the financial crisis on wellbeing and mental health, has been informing European policy and the WHO on key social epidemiology patterns and providing evidence of the causes of social inequalities in European labour markets. Nick has collaborated with the Government Equalities Office (UK) and Inclusive Employers (UK) on the Recruitment and Retention of Trans Staff Guidance for Employers. Also, he has collaborated with the CIPD (UK) on Age Discrimination in the UK. He has worked on EU and World Bank research programmes, such as Progress Programme, European Territorial Cooperation Programme and Knowledge Platform Programme.

Nick holds a PhD and BSc in Economics from the University of Crete, and an MSc in Economics from Athens University of Economics and Business. He is the Founding Director of Greece's Scientific Centre for the Study of Discrimination, which carries out social science research on labour and population economics, and is also a Research Fellow for the Institute for the Study of Labor based at Bonn, and a Senior Fellow at the UK's Higher Education Academy. He is also the Course Convenor for The Economics of Inequality, Discrimination, Poverty and Exploitation in the International Programmes Department at the University of Cambridge, Pembroke College.