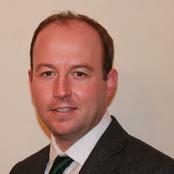 Nick Timothy is a political adviser. He served as Joint Downing Street Chief of Staff, to Prime Minister Theresa May until 2017. As the Home Secretary’s special adviser since 2010, he has developed government policy on police reform, criminal justice, immigration and national security; managed relationships with Cabinet ministers and senior civil servants; negotiated on behalf of the Home Office with other parts of government including Downing Street and the Treasury; represented the UK Government as part of diplomatic delegations to the EU and UN and key bilateral partners including the USA, Afghanistan, India, Pakistan, Turkey and Jordan; and acted as media spokesman for the Home Secretary and other Home Office ministers.

In his previous role as Deputy Director of the Conservative Research Department (2007-10), Nick managed a team of up to 20 policy advisers. He oversaw the production of policy papers, briefing notes, rebuttals and media strategies (e.g. for the general election TV debates, the launch of rival parties’ manifestos and the Queen’s Speech); contributed to the 2010 general election manifesto and edited the 2010 edition of the ‘Campaign Guide’; and was a member of David Cameron’s PMQs team and the Party’s by-elections team.

Earlier in his career he worked in the insurance industry.

Nick graduated with a first class degree in Politics from the University of Sheffield in 2001. Away from the day-job he acts as a volunteer mentor to sixth-form students from under-privileged families who hope to study at university (for the Social Mobility Foundation).