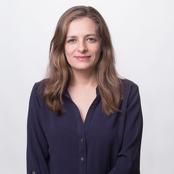 Noa Elefant-Loffler is a senior public policy manager at Google. She leads Google public policy work in Israel, including initiatives around safer internet, counter speech, digital growth and inclusion. Noa has been in the the public policy sphere for 20 years. Prior to joining Google, she worked for the Israeli media regulator as Head of Research and Chief of Staff. Before that, she worked at the Knesset and had central part in forming the Knesset’s Research and Information Center.

Noa is a mother of three young girls. She was born and raised in Haifa and lives in Hod Ha-Sharon, Israel. She has a bachelor degree in political science from Haifa University and master's degree in political communications from Tel Aviv university.