Senior Adviser at The Faraday Institute for Science and Religion 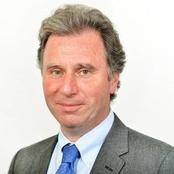 Sir Oliver Letwin is a British politician who served as the Member of Parliament (MP) for West Dorset from 1997 to 2019. Oliver held a number of roles in government before the 2010 general election, including Shadow Home Secretary, and Shadow Chancellor of the Exchquer. In May 2010 David Cameron appointed Oliver to the office of Minister of State for Government Policy, and in 2014 he became Chancellor of the Duchy of Lancaster, holding the position until 2016.

Oliver studied at the University of Cambridge, obtaining a PhD in 1982. During his studies he spent a year as a Procter Fellow at Princeton University, and a year as a Research Fellow with Darwin College Cambridge. Until December 2009, he was also a non-executive director of the merchant bank NM Rothschild Corporate Finance Ltd