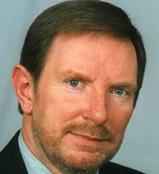 Until his retirement in 2012, Paul Allin was the director of social & economic micro-analysis division, which specialises in multi-variate statistical analysis of data on individual persons or businesses, in the Office for National Statistics. From 1994 to 2002 he was the chief statistician and head of statistics for the Social Policy Unit at the Department for Culture Media and Sport (DCMS) which is the UK governments department responsible for culture, media and sport.

He is a chartered statistician with long-standing membership of Social Research Association and International Association for Official Statistics. He was secretary of the UK Statistics Users' Council for 10 years and served on the Council of the Royal Statistical Society 1990-2000 (including as an Hon Secretary, 1994-2000).