Department of Social Anthropology at University of Oslo 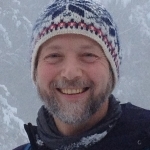 Professor Paul Wenzel Geissler is a Professor of Social Anthropology in the Department of Social Anthropology at the University of Oslo. His research interests focus on scientific fieldwork and fieldstations, and he is currently developing comparative perspectives on tropical and arctic field sciences, continuing to pursue the trace and the work of tracing in relation to the making and remaking of temporality. He is seeking to develop the fruitful terrain between anthropology, history and related disciplines such as contemporary archaeology and geography.

He studied Zoology in Hamburg and Copenhagen (PhD 1998), and conducted field research in medical parasitology in East Africa. He then studied social anthropology at the universities of Copenhagen and Cambridge (PhD 2003). His doctoral fieldwork for both disciplines was conducted in Kenya, between 1994 and 2002, and most of his work remains focused on Africa, especially its Eastern parts. After converting from biomedical science to anthropology, he shifted his field of research away from medical issues towards broader anthropological themes such as kinship and generation, social change, history and memory. Based on extensive fieldwork among Luo speaking people in the western part of Kenya, he wrote, together with Ruth Prince, the monograph 'The Land is Dying - Contingency, Creativity and Conflict in Western Kenya' (2010 RAI Amaury Talbot Prize for best Africanist book).

During recent years, he has turned his attention to post-colonial bioscientific work in Africa, and in particular the intersection of material remains and traces - landscape, architecture, apparatus, spatial order and circulations - and memory and temporality, notably the sedimentation of 'past futures' of modernist scientific work in Africa, in its institutions, landscapes, and infrastructure. For this research, much of his fieldwork was carried out at Amani Research station in northern Tanzania, as well as in Kisumu, Kenya.