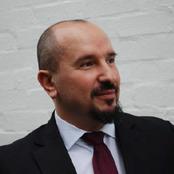 Paolo Bianco was born in Turin (Italy) where he got graduated in Aeronautical Engineering after having graduated as Master of Science in Mechanical Engineering at Cranfield University in UK and having studied in prestigious technical universities across Europe.

He started working with European Commission before graduation, when he co-founded a European Economic Interest Group to run projects in response to EC thematic network calls.
After a period as project management consultant, he started his career in space at CGS, Milan, where he covered various roles both as space system designer, bid manager and technology developments manager.

Seeking new wider horizons, he moved on to Astrium in 2007 where he joined the electric propulsion team in Portsmouth. he became leader of the team in 2010. Under his tenure, the team delivered systems for iconic ESA interplanetary missions, while he kept his team at the world leading edge thanks to the R&T cooperation with external researcher. Following this latter thread, in 2014 he moved to global R&T cooperation management, with remit on UK and, later enlarged to the Asia-Pacific area.

In 2015 he got involved in Quantum Technologies (QTs), investigating and assessing on how to apply them to Airbus operation and products of Defence and Space division. He provided inputs on QTs application to the European Parliament (STOA) and the House of Parliament (POST), consultancy research definition to the European Commission for the deployment of the QT Flagship (High Level Steering Committee member), advice on QT adoption to European Space Agency (QT Space Report contributor) and more recently he joined the innovate UK / KTN Quantum Technologies Expert Mission to Canada.