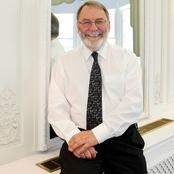 Board member of the UK National Quantum Technology Initiative

Sir Peter Knight is Senior Fellow in Residence at the Kavli Royal Society International Centre at Chicheley Hall and past-President of the Institute of Physics. Knight retired at the end of September 2010 as Deputy Rector (Research) at Imperial College where he was responsible for the College’s research strategy and a member of the Imperial College Management Board and Council. He retains his Professorship of Quantum Optics at Imperial. His research centres on theoretical quantum optics, strong field physics and especially on quantum information science. He has a strong interest in fostering multidisciplinary research and set up the Grantham Institute for Climate Change and other centres at Imperial College London.

Peter Knight is a Past-President of the Optical Society of America. He is a Thomson-ISI “Highly Cited Author”. He was knighted in the Queen’s Birthday Honours List in 2005 for his work in optical physics. Knight was chair of the Defence Scientific Advisory Council at the UK Ministry of Defence until 2010 and a member of the Science and Technology Facilities Council until 2012. He continues to be involved in advising government on science issues.

Knight was Chief Scientific Advisor at the UK National Physical Laboratory until the end of 2005 and currently chairs their Quantum Metrology Institute and is a Board member of the UK National Quantum Technology Initiative. He has won a number of prizes and awards including the Thomas Young Medal and Glazebrook Medal of the Institute of Physics, the Royal Medal of the Royal Society and the Ives Medal of the OSA, and Honorary Doctorates from a number of Universities including most recently Birmingham, Strathclyde, Glasgow, Sussex, and Royal Holloway. He is currently a member of the Millennium Prize Jury at the TAF, Finland.